Pray for the peace of Jerusalem: they shall prosper that love thee.

We had 123 participants from the US, Canada, UK, Ireland, Barbados, Australia, New Zealand & India. This year’s World Prayer Convention was unique in many ways. As the Bible says in Mathew 22:14, “Many are called but few are chosen”. Accordingly, we believe that everyone of the participants gathered were clearly chosen as they sat at the feet of the Lord over the three days and allowed the Holy Spirit to minister to them. It was an apt topic and pleasant surprise to have Dr. Paul Dhinakaran in his sessions speaking about Tarrying with the Lord. As the participants had specifically come to rest in the presence of the Lord, this topic resonated well with everyone.

Secondly, this year, visits to important Biblical sites such as Shiloh, Bethel, Bible Garden, Garden Tomb were woven into the schedule. This was to usher in the flavour of the Biblical event to the sessions of teaching and prayer.On the second day evening at the conclusion of the day’s proceedings, Dr. Paul Dhinakaran & Sister Evangeline took time to lay hands upon each and every participant to prophecy and pray forGod’s blessings in their lives. During this time, some of them who were unable to withstand God’s power that came upon them, fell down and received a time of refreshing as they got back on their feet.

There was a great time of praise & worship every day in different languages including Hebrew that the participants greatly enjoyed. God truly inhabited the praises of His people in these worship times. The worship leaders were instrumental in leading the people in the praise of our awesome God. 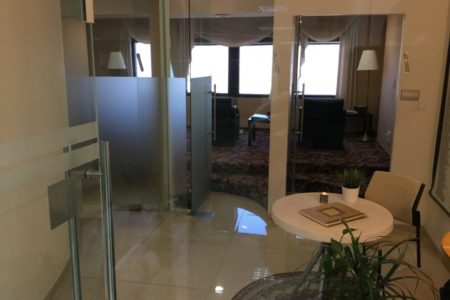 Volunteers are the rock bed of our vision to pray for the world, and their prayer is pivotal to the lives of those going through difficult times. If you are looking to use your time to transform the lives of others, to develop new skills and to meet new people then volunteering could be for you. The most basic way you can volunteer is to join as a 24/7 Prayer Volunteer for two weeks to a month. We ask all our Prayer Volunteers to attend a Prayer Seminar first before praying for others as this is where they will get a feel for Mission of the Israel Prayer Tower.
How can I volunteer?

Israeli lawmakers have voted to dissolve parliament after Prime Minister Benjamin Netanyahu failed to form a coalition government. The vote triggered a fresh election, which will be held on 17 September. Mr Netanyahu was unable to reach a deal for a fresh right-wing coalition following last month’s election. At the heart of the impasse was a military conscription bill governing exemption for ultra-Orthodox Jewish seminary students.

It is the first time in Israel’s history that a prime minister-designate has failed to form a coalition.

Major political realignments can be expected in the run-up to the September election, across the political spectrum. After 1st election round, fate of Guatemala’s Jerusalem embassy hangs in balance

A country of 17 million in Central America, Guatemala is so far the only other country, besides the US, that operates an embassy in the Israeli capital.

On Sunday, former first lady Sandra Torres, from the center-left National Unity of Hope party, came in first in the presidential elections, having garnered a quarter of all votes cast. On August 11, she will face off against runner-up Alejandro Giammattei from the conservative Vamos list.

During a turbulent election campaign that saw several top candidates barred from running, Torres said that she was “in favor of Guatemala’s embassy remaining in Jerusalem” and vowed to continue strengthening bilateral relations.

I was waiting in the hall of this prayer tower I had a look at the list of the donors and the only name that struck my attention was Mrs Evangeline Dhinakaran, though I didn’t know her. Later brother handed me a leaflet of the last conference and I saw the same name again. When I was praying for her it seems that I prayed for the prayer tower at the same time. I received Isaiah 60: 3-4. What came to me was the image of a woman giving birth to something.

I also received Zacharia 1: 12-17 and Isaiah 40: 1 & 2. Those passages reminded me of Dr Paul and Sister Evangeline Dhinakaran about their hearts of great compassion for people. I think the Lord wants them to be moved with the same compassion for Jerusalem and the Jewish people through this Prayer Tower as well as those who are assigned to pray here.

While I was in the garden tomb, I received word from Mark 16:1. So I’m convinced that there’s certain prayers or works that we may be connected to accomplish which is the will of our precious Lord in this tower.

Subscribe to our newsletter, which will then be emailed to you.

Once you are subscribed to our newsletter, you will get the latest updates and NEWS on all the activities at the Israel Prayer Tower. The subscription is free.